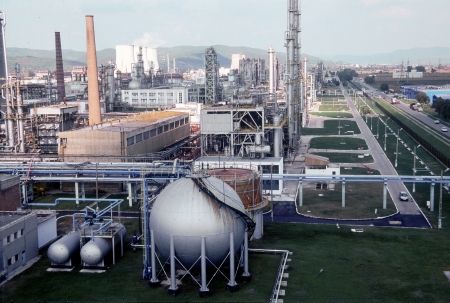 Autor: AdamPopescu 18 august 2008, 03:10
AVAS President, Teodor Atanasiu, said at the end of week, in Alba Iulia, that the institution could release to privatization, this autumn, the company Oltchim Ramnicu-Valcea, for which have shown their interest several Romanian and foreign investors .

Atanasiu said in a press conference that AVAS received during the past three years, letters of intent from the part of companies that are interested in Oltchim and therefore does not believe that it will be a problem concerning the competition at the privatization. The AVAS President noted that among those interested in the company are strong companies in the industry on the European market, but also investment funds or Romanian investors.

The consultant chooses the method


He added that, currently, the assessment of the company is conducted, which could be completed in September, so thet in October to be released in the privatization tender market. According to the quoted source, AVAS will keep the offer on the market for 60 days, so that every investor who comes to the privatization of the factory to be permitted make an audit of their own.

Teodor Atanasiu said that the method of privatization will be chosen by the consultant, so that the state to obtain a good price for the package of over 50% of the shares which it holds at Oltchim.

On the other hand, Teodor Atanasiu said that Oltchim has an ambitious investment programme, even more ambitious than its own resources are allowing or the predictable resources that could be attracted from banks or from financial companies, and therefore asked that this program to be discussed in GMS.

Oltchim is controlled by the state, through the Authority for State Assets Recovery (AVAS), which owns 53.26% of the shares. Among the minority shareholders of Oltchim are SIF Oltenia, with a holding of 5.9%, and other private investors, individuals or legal entities, which together are summing up 27.9% of the capital.