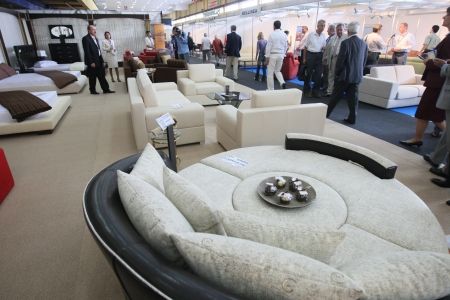 Local producers will increase the price of furniture

Autor: AdamPopescu 9 iunie 2008
We have the cheapest furniture in Europe, but not for long.

The prices of the furniture articles which is sold in Romania are the lowest in Europe, on the background of a local production which is benefiting of wood and cheap work power, but an increase of prices is inevitable.

Last week. "Evenimentul zilei" showed you that we are paying as much or even more than the other Europeans for alimentary products, electronics, banking credits, fuels, holidays and houses. Furniture pieces are among the exceptions.

According to Eurostat datas from 2005, the most recent available study, Romanians were paying almost half the price of a similar unit sold in the rest of the European Union. Meanwhile, the prices have grown, but we are holding the same position in the rankings. If a Romanian is spending on a closet 82 euro, a Belgian is paying 174 euro for the same piece, and a Spaniard – almost 180 euro.

"All the producers will try to keep down the prices. But the different pressures – wage raises, expenses of raw materials, BNR decisions on the monetary policy interest – are forcing us to raise the prices", said Dan Sucu, owner of the Mobexpert group. According to him, the furniture pieces will be 30% more expensive until 2011, "The price raises will take place more rapidly in Romania than in other European Union countries"/ According to datas released by the Association of Furniture Producers from Romania, the furniture pieces are 20% more expensive, than they were three years ago.

Another 20 years of certain furniture bussines

This year, the furniture sales will reach 1.1 billions euro, and the growth rate will stay at 10% for the next 20 years. Romanian expenses with furniture pieces represent only 20% from the budget of an inhabitant of the European Union. "The local market has a huge potential", says the Mobexpert owner, who's export deliveries will drop with 60% from the 2004 production to 17% in 2008.

The most important players in the furniture industry are Mobexpert, the Swedish furniture retailer IKEA, Neoset, Elvila, Silvarom or Staer.