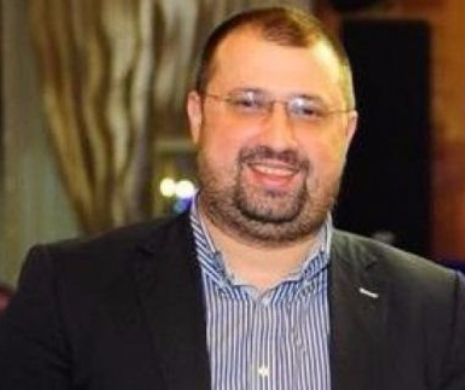 Autor: AndreiVişan 15 septembrie 2017, 08:53
The former high officer of the SRI Daniel Dragomir wrote last night on his Facebook account that “there is a time for everything”. Last night, he made sensational disclosures at Romania TV.

The discharged SRI colonel Daniel Dragomir added that “As I announced you…the time has come. See you on Monday “9/11” at Romania TV, 22:00 hours, with Ion Cristoiu and with Victor Ciutacu. We are waiting for you.”

The former SRI Colonel, Daniel Dragomir, posted on 2 September a message on his Facebook account, claiming that he has no connection with the media stories and the presumptions in the case file.

During the questioning held by Ciutacu and Ion Cristoiu, Dragomir affirms that he has a duty to the Constitution and to the citizens, for national interest, to tell everything he knows.

Dragomir explains how he joined the SRI, the relationship he had with Florian Coldea, one of the key figures of the parallel System unveiled by EVZ, but also the way in which the abuses reached a terrifying level.

The statements foretell the storm in Romania from the first echoes, even if Dragomir affirms that he only tells what he is allowed to by the oath he took. “The action was one out of the ordinary. We never faced such a situation, this is why the field team was a small part of a large mechanism in Romania and in other places”, says Dragomir when speaking of the recovery of the Romanian journalists kidnapped in Iraq.

A burning question which worries the two moderators facing the one who affirms, without mincing words, that he was a part of the System. “With a capital S”, it is stressed. But why did he leave the SRI in 2013?

“At the moment when I was discharged, I had a strict secret special importance clearance. SRI was heading towards the power of the Messianic sergeant majors. At that moment, when my vision on the way in which SRI should be led did not coincide anymore, I decided to leave. It was the best for both parties.”

The discussion turns, inevitably, to the group “We are the State!” and, implicitly, to Oprea’s living room.

“It is this TV series “We are the state!”…and I would give a definition here, to know what we are talking about, not necessarily by specific differences, because everyone talks about the System. The System with regard to a state is different from the “deep state”. I was a member of the system, it consists of thousands of people in the power institutions and who perform their activities every day in the interests of the state.

Within the system we have a deeply ingrained difference of terms, and it is noted in abuses, that parallel state is something different from the system, it is a clique, a mafia, and it is a lot to call it mafia, because the mafia has rules.

In this case, a gang of boys and girls who use the institutions and the system for personal gain, they had started meeting together since 2009. What happened then was not an accidental happening in 2009”, states Dragomir.

“Mr. Oprea’s living room, as a phenomenon, was known at all the levels within the SRI. Everyone, including Coldea, was being monitored. And for each event of this nature, the number of people who were there must be doubled. There were the drivers, the orderlies of those who were there.

In a military system, when events like that in Oprea’s living room or tennis matches take place, those people come accompanied by a driver, an orderly. Those persons who are in the area report these things, these persons have road maps to fulfill. All these activities exist, they can be easily identified, and the people who took part in those meetings, you can be certain that they were served…with food, and drinks.

There were witnesses to these meetings, they weren’t quite civilians either. For a meeting with 20 persons, you can be certain, by basic logic, that there were other 30-40 participants beside them”, was the guest’s stunning affirmation.

Dragomir affirms that there are still documents at SRI confirming the disclosures made by journalist Dan Andronic in EvZ. “Getting over the public perception, 99.9% of the people in the intelligence services are professional officers who are doing their duty, this is why the answer is NO, these documents could not have disappeared, the people are not part of the groups answering to the direct orders of a person named Florian Coldea.”

After Coldea left, there was a lot of hullaballoo that the Constitution was trampled. “Once Coldea left, the hullaballoo started. It is mandatory to perform an internal appraisal, to find out what persons were involved, which principles were breached. The Constitution is above all, and it was trampled by certain officers, generals…It is the duty of SRI to seek and find out how these things happened, so they cannot be repeated.”

Dragomir knew Florian Coldea’s desire for revenge and for power after he left the SRI. “I thought there would be no bad feelings, but I was wrong. He executed me in order to shut me up. I thought I would be left in the area I chose, but there was no understanding, it was hatred and this how we got to 12 January 2015. Florian Coldea and I were very close, we knew each other since 1996.”

The SRI Officers prepared the indictments which the DNA prosecutors only signed. Afterwards, they reached the courts, affirms Dragomir. The mechanism had well-oiled wheels at this level, as well. “They sent little notes to the judges who had relations with SRI bosses, based on blackmail on the SIPA archive and to the undercover officers in the Justice.

The DNA prosecutors endorsed the indictments made by SRI jurists, and sent them to the court, in the hope that the honorable tactical field would ensure the necessary route. Little notes were sent to specially appointed judges. They counted, first of all, on the personal relationships developed in the meantime. Secondly, on blackmail. From SIPA to more recent times, based on telephone interceptions. Third of all with the help of undercover officers in Justice, which is illegal.

He told Coldea that SRI is breaking the law, in his office, but he cannot tell the subjects they discussed. “The discussion took place in the central headquarters of the SRI. It was about thirst for power, control, the desire to control. Not only in the area of justice. And there is a lot of personal interest.”

Dragomir requested the formation of a new Parliamentary Commission to investigate these things because he would also obtain the support of the competent institutions.

Concerning the undercover companies of SRI, he says that they fulfill an informative necessity, which was perverted into making money under Coldea’s lead. A private company stands no chance in a bid against a SRI company. There are companies, people who were pushed to the brink of the precipice in the interest of certain cliques. Coldea’s purpose was leadership by getting rich.

Another topic making first page of the newspapers refers to the drinks at the SRI villa in Sinaia, narrated by Ghiță. Dragomir confirms them and, moreover, reveals that there are recordings.

Coldea needed a strong arm in the Justice, and this arm has a name: Kovesi. When he affirms that his arrest was directed by Florian Coldea, Dragomir relies on events which took place under his eyes in the period when he was working at the SRI. “Coldea ordered arrests in my presence”, is the shocking statement.

And Coldea’s power manifested itself between 2009 and 2013, when several business people, politicians, the civil society were approached with national security warrants. “The judge who gave the warrant is a deputy now”, affirms Dragomir. With the mention that the DNA chief, Laura Kovesi, continued to do the work.

“The military prosecutors within DNA threatened my family for national security. Year after year, journalists, business people were spied for suspicions of national security from Coldea’s order. There are business entities which were targeted, especially media entities”, adds the former chief of the anti-terrorist brigade.

“There are business entities in Romania which were targeted by this parallel state we are talking about and which represents a threat either by force, financial power, external influence and these had to be destroyed, especially in the media area they acted like this. This is how hostile takeovers and business shut-downs took place”, was the addition.