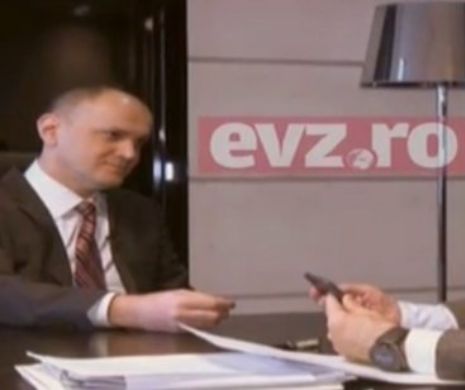 Ion Cristoiu, face to face with Sebastian Ghita: Secrets of SRI’s involvement, DNA and ANI in the presidential elections from 2014

In the fourth part of the interview given in Belgrade by the former parliamentarian Sebastian Ghita are touched the most sensitive points of the Binomial SRI DNA, those related to their involvement in politics. How the leaders of those institutions played in the 2014 presidential elections, how they tried to get involved in the Mayoral elections. Sebastian Ghiță claims that former President Traian Basescu confessed to him that not only he resisted when Laura Codruta Kovesi and Florian Coldea told him what would happen in the case of Dan Voiculescu.
Stiri calde

Ion Cristoiu: one of the themes of your records constituted the involvement of the parallel system especially in the liquidation of media. In the second tape (29.12.2016) you make a reference.  I quote: "I have heard about the case of Dan Voiculescu from former President Basescu. He clearly told me he that he has records of how it was planned and organized the arrest of Dan Voiculescu". Are there other records than the famous one? So you confirm with subject and predicate that he has the records? Others than that?

Sebastian Ghiță: Yes. This is what the former President Traian Basescu told me. He told the same to Elena Udrea and Dan Andronic, and said it more than once, in front of everybody, in turn and together. And his explanation is that no matter how hard we fight between us, out of respect for Romania, for the Presidential institution, in relation to the other institutions from Romania, makes him, as former President, to endure the problems with his family, with the arrests, with the one who denounced his daughter's ex-husband, with all sorts of things in some areas forced, and not to use those records. What could he possibly use them for? Retire Coldea? He is retired. To present Kovesi's countless visits in his Office? He said it hundreds of times, and we all know that it happened.

The war with the media trusts is detailed in the next part of the discussion between Sebastian Ghiță and Ion Cristoiu. From the conviction of Dan Voiculescu is reached to the execution of Adrian Sârbu. In the games for power and influence pops up a new structure, The Anti-fraud from ANAF. Its media coverage would draw the envy of DNA Chief Prosecutor.

Ion Cristoiu: we get to the disclosures about Dan Voiculescu.  There were many suspicions.

Sebastian Ghiță: They have burned him like a rat, how Portocala says.