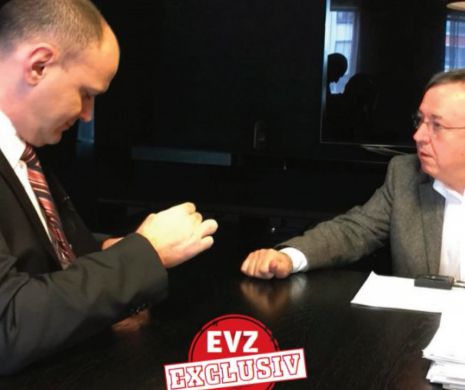 Coldea about Kovesi’s prosecutors: „Those at DNA went mad”. Sebastian Ghiță in dialogue with Ion Cristoiu

Autor: Ion Cristoiu 4 aprilie 2018
The first episode of the EVZ series has as central figure Sebastian Ghiță. Ion Cristoiu obtained sensational information concerning the political games behind the scene, but also the most desired confirming of the allegations that Sebastian Ghiță made before he left for Serbia.

Ion Cristoiu: can you be a trustworthy man of the Services without being a covered officer?

Sebastian Ghita: there are many people in whom the services trust, the institutions trust the executives or shareholders of those companies without being covered officers. You can't lay a big blanket over Romania and to cover all. And then, however, we have to accept the idea that some people, some firms, some shareholders get to work for the State in various institutions without necessarily being connected to the Services. I know many companies and many younger people, newer on the market that I do not believe they have some connection with this idea with the covered officers.

"There were some tense moments between Maior and Coldea"