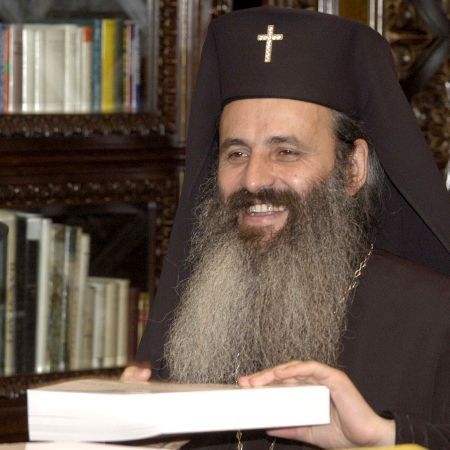 Teofan, son of the nun’s village

Autor: AdamPopescu 15 august 2007
Oltenia's metropolitan, has created a good image of himself since the investing 7 years ago. IPS Teofan is disputing the patriarch chair with IPS Daniel of Moldavia.

IPS Teofan starts the race as second favourite, and although he does not have a sustainment as strong as that of Daniel, he has a good image campaign set in motion since his investment as metropolitan in 2000.

He did not build social canteens or bakeries, he is not media strong n mass media business, but he was in the middle of the victims of the disasters and the Romanian soldiers in the war theatres, and knew how to look good near other high-church faces from abroad. He is said to be the ex patriarch’s   favourite, and his consistent resume increase his chances to become Romania’s sixth patriarch.