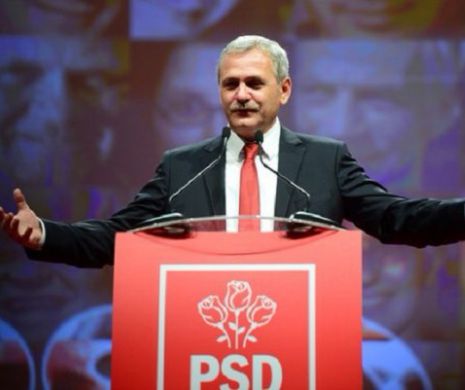 How Dragnea became more important for the SRI-DNA „Binomial” than Victor Ponta. Operation „WE Are the STATE!” (III)

Autor: Dan Andronic 5 septembrie 2017
Operation "We Are the State" aroused the interest of several journalists. Liviu Dragnea's bond with former first SRI Deputy Florian Coldea is a topical subject which generates many questions concerning the actions of the one who leads the cast in PSD. As was normal, there were many things written which completed the truth, but also articles based on reports that had the aim to misinform.This demonstrates that we reached a soft point in the System.

I'll start by saying that I want to restate the affirmations made in the reports related to the famous tennis matches that that have stirred so much interest and entailed replies and counter-replicas.

We have made the following statements:

"I have played tennis in several places; I hope it's not a crime.  I've played with other people. I don't I remember seeing Dan Andronic at these parties. (. . . )

I don't know if they are tennis players (n. r. Florian Coldea and George Maior). Most parties I've played at the base of Mr. Pescariu. Almost all the time I wanted to play with people who are better than me in tennis, so I would learn something and the matches would be more interesting. You're not going to SRI to play tennis, I believe.

As I mentioned previously, Liviu Dragnea wears a cheap stratagem: confesses to have played tennis at Dinu Pescriu's base and that there he didn't play with Coldea and Maior. Which is true, but it doesn't answer the real question: Dragnea, did you play tennis with Major and Coldea at T14? When asked directly by Silviu Mănăstrire at B1 TV, Dragnea gave a riddling answer: we played with other people…

As if tennis is played with robots. I repeat, Dragea doesn't say that he has not played tennis with Maior and Coldea, but that he played with other human beings, and the two weren't coming to Pescariu's base.

If we would not be talking about serious things, it would be at least an embarrassment that we stand to look into the statements of the PSD President with a pen in our hand, attention to the meaning of the words used. These people even when they want to lie don't know how to.

Incidentally, yesterday, former PSD Prime Minister has made an initial concession of truth…

"I haven't played tennis until 2015 without Liviu Dragnea, and after that he never called for me anything, since he is now the Chief." last night.

Coldea's birthday reason for socializing with the Justice partners.

As the last time, I am forced to make a few clarifications: the list of persons who participated at Florian Coldea's birthday from K2 in the year 2013 and 2014 might not be complete, or is mixed with invitations to that of Maior, but basically the "teams" were the same. I am open to any comments of those present, the more so as in the last few weeks I haven't had any official reaction.

As presented in the first article, I review the guests list:

From outside the system of force were present at all important anniversaries yet two people important for understanding of the situation:

Once again I must say that the birthday of Florian Coldea, on September 21st, is quite close to that of George Maior, November 16th. Both were held at K 2 and the list of participants had many common points.

Why isn’t Traian Basecu there? How about SIE?

It is one of the most common questions, for many the absence of the President is difficult to explain from the birthdays of Maior and Coldea. In fact, Traian Basescu was invited every time, but every time he declined the invitations to the SRI parties.  Even more so as he knew that everything that happens in those locations is registered. So he avoided such events.

The reports that have led to the reconstitution of this list were some of the participants. Lacking an official response on the part of SRI it is impossible to say whether in addition to those mentioned if others have participated. As I said before, there are photos from this event made by an employee of SRI, as should exist the registry of entries, which is completed with the registration number of each car entering the gate of the Villa.

An investigation of the SRI Commission would be able to dig out these things, but it's hard to assume that representatives of the PSD will have a free hand. At the same time, it is an opportunity for SRI Director Eduard Hellvig that can solve those problems-the parasite from the main Romanian information service.

He was back. As I noticed at a TV station, the SIE representatives were not mentioned among the participants. It must be said that the relationship between SRI and SIE was quite tense during the two mandates of Traian Basescu, representatives of external intelligence considering that SRI is favored financially and in terms of relations with the President of Romania.

Therefore, the relationship between the two was first Assistants was with ups and downs. About the presence of Prime Deputy of SIE, Silviu Predoiu, at the birthday of Florian Coldea I never learned, being possible that at the time appeared the tensions regarding the destruction by DNA of business of some people bonded by SIE.

Instead, I've mentioned Teodor Melescanu, Director of SIE, among participants, interesting, whereas he had fallen out of favor the President Basescu after his refusal to specify publicly if Victor Ponta was a covered officer of the service. The conflict with the President in October 2014, which had broken out a few months before, hasn't stooped Coldea to invite him at his birthday. As a token of appreciation?

Liviu Dragnea becomes important for Basescu and for the Binomial.

It has been commented in recent days about the role Liviu Dragnea played in drawing up the Pact of cohabitation between Prime Minister Victor Ponta and President Traian Basescu. There have been dozens of TV shows that had interventions on this theme.

"Sometime, in the spring of 2013, in Crin Antonescu's office, Victor Ponta, Prime Minister at the time, came with a paper in his pocket on which were three names: Tiberiu Nițu, Alina Bica and Laura Codruta Kovesi… Mona Pivniceru said she will not sign this and that she prefers to resign. Subsequently, that is what happened and she was proposed at the Constitutional Court… I have not participated in any negotiation that resulted in those names", said Dragnea.

What was not said is a key element in my opinion:

"About all this I can tell you that Antonescu has not negotiated any pact of cohabitation, as everyone recalls, I was against, including in discussion with Traian Basescu at Cotroceni.  The pact has not been negotiated by me, I was against it.  The Cohabitation Pact was signed by Mr. Victor Ponta", said Crin Antonescu.

Liviu Dragnea is the one who convinced Crin Antonescu to come to Cotroceni palace. The leader of the NATIONAL LIBERAL PARTY had no intention to attend what he considered to be an abdication of USL to Basescu. For two hours, Liviu Dragnea, being Antonescu's place, insisted that he would be present. In the end he convinced him.

"When you take decisions alone inevitably some are good, others are less good, but you have to assume them and you must not allow others. I have had the bad habit to assume all. For example, the famous pact with Traian Basescu. I've assumed it. The writing and negotiating was done by Liviu Dragnea and was present with me there", said Victor Ponta, for DC News.

How was Victor Ponta convinced to negotiate with Traian Basescu? As he recognized one Monday evening, Traian Basescu sent a clear message to USL leaders: If you sign the Pact of Cohabitation I accept the Prime Minister variant proposed by the USL, if not, I will recognize the outcome of elections and will make a proposal for the premier to be the part of this Alliance.

The hidden message of Traian Basescu for Victor Ponta was the following: If you don't sign, I choose another Prime Minister!

What was the name that made Victor Ponta sign the Pact?

That was the time that Liviu Dragnea became a more important polital man than Victor Ponta. For the Binomial.

In the absence of credible statements to deny those recorded by me in the articles, as usual, was called to a diversion.  A well-known collaborator with the DNA, Dan Tapalagă (Hotnews) published the information that I was seen with Sebastian Ghiță in Serbia.  I would not hide behind the journalistic confidentiality so deny categorically, as i said to him, this stupidity.

I've not seen Ghiță since he left the country, I've never talked to him, I've never corresponded with him, nor do I ever dreamed of him…