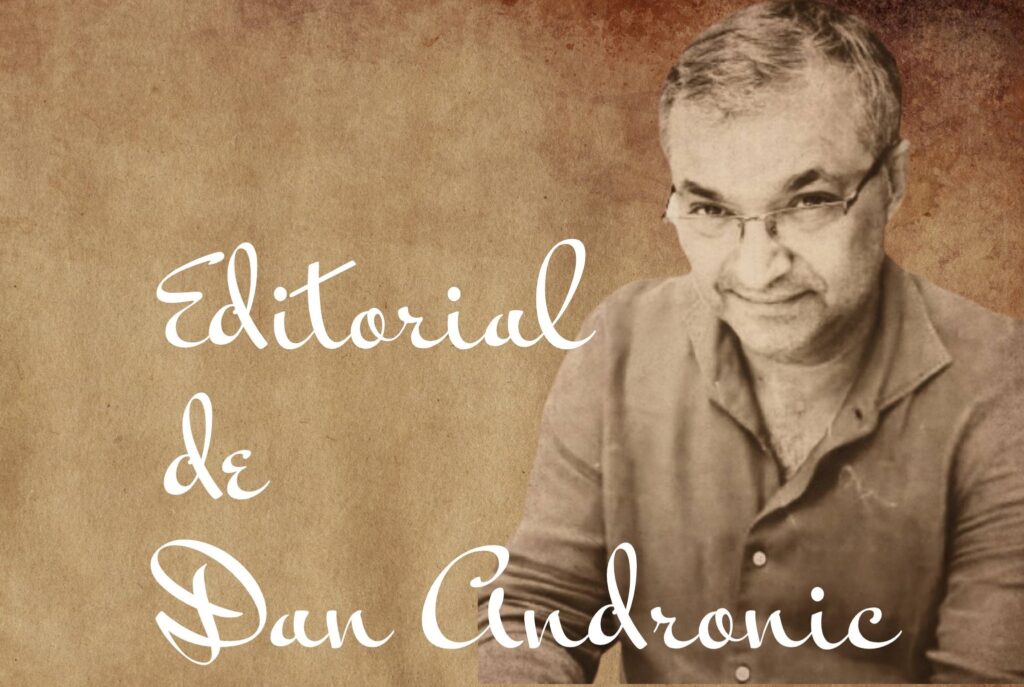 Ultima modificare în 26 ianuarie 2021, 11:52
A brand-new year. About puppets and puppeteers. I'm not going to start a new „We're the State” series. It's just going to keep doing my job as a journalist. Saying things the way they are.
Stiri calde

It’s very hard to write from the position of a man who considers himself innocent. You struggle with prejudice and carelessness. You think you’re better off than others, but you don’t even know what right or wrong is anymore.

You see every day how things that once seemed important to you, today are no longer worth commenting on. Or, conversely, how small life events take on huge size. It is true that the shock of injustice has not been yet fully absorbed.

But I didn’t let it bring me down.

However, I can’t get out of my head certain things that I’ve avoided making public. To write about things related to the bowels of the System, about how a monstrous machine was built, how we each put a cog on this complicated mechanism of leveling destinies.

A System that some people have gradually seized since 2005, bringing it to its peak in 2015, after which they suffered some minor defeats. A denounced Secret Protocol, an accepted resignation, a  discharge, several hundred press articles, TV shows, three parliamentary committees of inquiry, people who speak bravely, but also a lot of cowardice. That they knew how to take advantage of.

Is there a Parallel System?

Is there a Parallel System? Yes, and I am one of those who saw it in action, receiving tangible evidence of his power. I also told you how the „initiates” knew about the „Baneasa Farm File” – what judges would get our case and what punishments they would give.

They were demonstrating that the wires that bind the puppets to the puppeteers are still in place. Straight to my face, as in one of the meetings in 2009-2014 with General (r) SRI Florian Coldea told me what punishment journalist Sorin Rosca Stănescu will receive (also acquitted at first instance), but especially how many years Dan Voiculescu will be sentenced.

With precision of the Swiss watch, long before these convictions were handed down by the court. Did it feel normal? No, I got the creeps on my spine, but I preferred to think that this wouldn’t happen to me. Afterall, it happened to me…

If in 2014 I wouldn’t have defied Florian Coldea…

Could I have avoided that? Perhaps so. If in 2014 I wouldn’t have defied Florian Coldea, if I would have accepted the „deal” proposed on the stairs of K4, but especially if I wouldn’t have made him hate me after the confrontation he had with President Traian Basescu. These are harsh stories, in which I played a supporting role, but which made me his main target. And I gave him further reasons to do it.

Do I think it was a fair decision by the ICCJ? No, but for reasons different from others. Some of them are shown above. Another part is complicated power games that do nothing but accentuate the sense of injustice.

There are many who tell me that Judge Ionut Matei would have wanted to sentence me much more harshly. I believe them, because he too is one of those who believe that I deserve to be punished for showing the hideousness of the System. Besides, in his eyes I was condemned before I was tried.

That’s why I’ve come within reach of his decision. In a way I understand it, I had almost the same cruelty when I was a young journalist, as in the period mentioned above I still thought the System was right in most cases!

I’ve changed, I have the courage to admit I was wrong, I’m trying to change something. I heard all the legends related to the career of Judge Ionuț Matei, but the most interesting I found was the account of a meal he took in 2013 at T14 with Florian Coldea and his wife.

One was the first deputy director of the SRI, another was to be appointed Vice-President of the ICCJ. It was a friendly agape. Between two friends or two collaborators.

It doesn’t even matter… I am convinced that that moment was one of relaxation for Ionut Matei, not as I saw him, in the 10 to 12 deadlines in the courtroom, for 9 or 11 hours, frowning, screaming, humiliating lawyers who did nothing but draw attention to the fact that it was wrongly recorded!

I’m sure he doesn’t regret the outbursts from those moments! All he did was show us that we’re suckers who think Justice is done differently than his gavel wants!